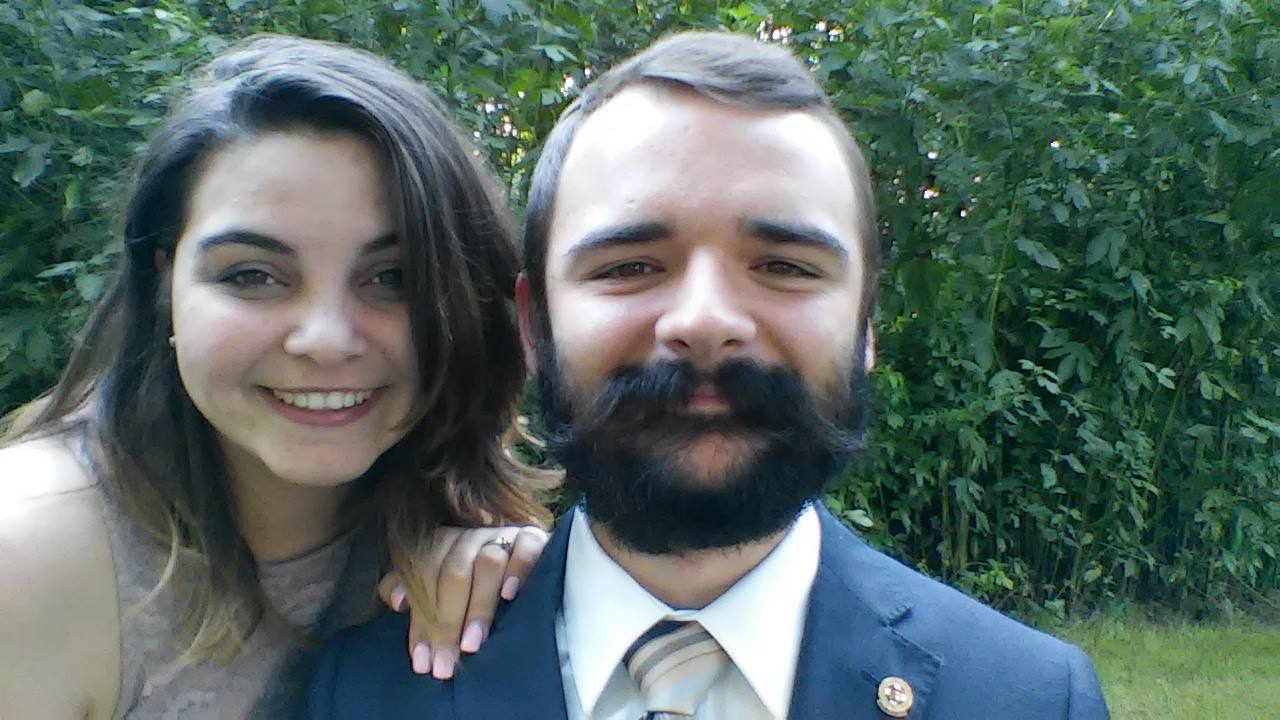 Preaching the word of God has been the heartbeat of Bro. Brandon's life since the day he was saved by God's grace. He was saved at the age of 15, and felt the call to ministry and was an itinerant preacher in his early days. He led a Bible study group in high school at Ballard Memorial High School, until he graduated from there in 2012. After graduating, he served as a volunteer youth leader at Providence Baptist Church in Monkey's Eyebrow, KY until accepting the call of Youth Minister at Ohio Valley Baptist Church in Barlow, KY in May of 2012. He was ordained into the preaching ministry one year later, in December 2013 and served as Associate Pastor there until late September 2017. He has also worked for LifeWay Christian Stores and the United States Postal Service. He holds an Associates of Arts in Biblical and Theological Studies from Boyce College of the Southern Seminary in Lousiville, KY. He and Dakota were married on March 18, 2017.

Bro. Brandon and his wife Dakota have been with us since November 2017, as he has accepted to call to be pastor of Locust Grove Baptist Church. Bro. Brandon enjoys playing guitar, hiking and especially backpacking. He has hiked and backpacked many miles and in several states.

If you haven't had the chance to meet our pastor yet, he would love to connect with you. Come and worship with us on Sundays and Wednesdays, and be blessed by the teaching of God's word. Bro. Brandon can be reached by phone at 270-816-1777. He also blogs regularly at Brandon's Desk.

Bro. Brandon is also the author of Bible Gleanings: 100 Devotions Gathered from Scripture, which is a compilation of weekend devotional columns published in the Murray Ledger & Times Newspaper. Copies can be purchased here.

Our deacons are Johnny McDougal, John Burress, and Larry Flood.